The tomb of Charles Hatchett is restored by T.I.C.

Charles Hatchett (1766-1847) was an analytical chemist and the person who is credited for having first discovered niobium, albeit as an oxide. In Bulletin #178 we described how in early June this year the T.I.C.’s Director, Roland Chavasse, and Technical Officer, David Knudson, had rediscovered the burial place of Charles Hatchett, at Saint Laurence’s Church in Upton-cum-Chalvey in Slough, a town about 30 km west of London in the UK

During the July meeting of the T.I.C. Executive Committee, after all the main issues had been dealt with, conversation turned to Charles Hatchett and in particular the condition of his grave; there were cracks in the brick work, mortar that needed stabilising, plants growing up the side and decades of grime to be cleaned off. This didn’t seem an appropriate condition for the tomb of one held in such high regard by our industry and it was unanimously decided to commission restorative work to maintain the tomb for the future.

The team at St Laurence’s were immediately responsive and with the help of Allan and Julie James, and Reverend Alistair Stewart we were able to arrange for appropriate improvements to be made. Over the Summer permissions were arranged, specialist restorers contracted and the correct type of mortar established so that work could proceed (standard procedure when working in the grave yard of a 900-year old church).

The result has been a great success and will ensure that Charles Hatchett’s family tomb (the burial place of his mother, father and wife, as well as himself) can withstand the test of time for decades to come (photos by T.I.C. and Julie James).

Charles Hatchett has been rediscovered by the parishioners and welcomed back to their community with gusto. To celebrate the restoration work on Charles Hatchett’s tomb the T.I.C. was invited to give a talk about Charles Hatchett at the church to interested members of the community. This was duly agreed and on September 15th the grave was unveiled to considerable local interest, with both the Mayoress of Slough and the local Member of Parliament in attendance. The church was full during the talk on Hatchett and there were many interested questions afterwards (including “why have I not heard of him before?”, good question, we are working on it!). 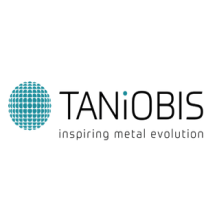 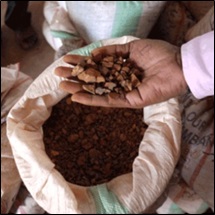 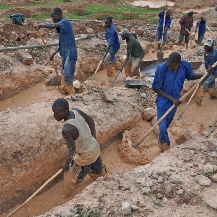